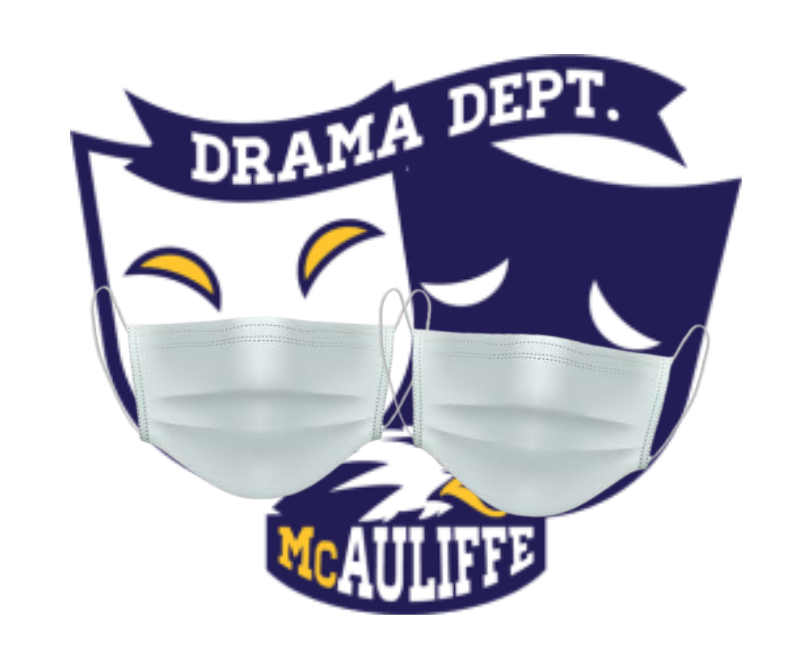 McAuliffe has surely been affected this year with COVID-19 and quarantine. Yet, it seems like the Drama department has been impacted the most out of numerous classes.

This year, McAuliffe theater director Mrs. Allison Armstrong and her classes have not been able to do many of the things that they are known for. “There are smaller classes,” Armstrong explains. Because of this, “you could end up with a bunch of shy kids in one class,” which can be difficult.

Additionally, Armstrong states that her sixth grade elective Exploratory Wheel classes will not be doing the fairy tale play that the class generally performs. She also said that because they cannot have close contact to each other, there will be no major plays and shows.

“Drama is different this year in many ways,” she elaborates. “We can’t get close to one another on stage, share props and costumes, or have an audience. Social distancing is a big challenge this year that we haven’t had to worry about in years past.”

Even with the numerous dormant activities in the drama department this year, Armstrong and her students have still been able to do a number of things, such as a favorite game called Splat. Students gather around in a circle and pretend to fire slime guns at each other, dodging the fake shots when they play the exciting game. Armstrong says that as well as playing Splat, the classes have done voice and speech practices, monologues and other games.

Armstrong states that she dislikes having to wear masks all the time, because it can make it hard to hear and vocalize, which is a large part of the theater classes. Her favorite thing about drama class, however, is seeing kids have fun and let loose.

“Hang in [there] and be creative,” she would like to say to all the students at McAuliffe. “Our best art forms have thrived during bad times. Make art, draw, sing, dance, act, write plays. Your experience is history!”